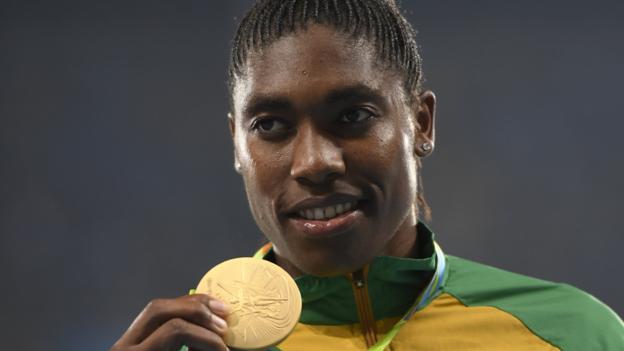 Athletes with differences of sexual development (DSD) must now take medication to compete in some track events or change to another distance.

“We believe their decision is disgraceful,” it added.

Cas found the rules for athletes with DSD, like Semenya, were discriminatory – but that the discrimination was “necessary, reasonable and proportionate” to protect “the integrity of female athletics”.

But, in making the ruling on Wednesday, Cas said it had “serious concerns as to the future practical application” of the regulations.

Semenya, a multiple Olympic, World and Commonwealth champion, said she believed the IAAF “have always targeted me specifically”.

“We are reeling in shock at how a body held in high esteem like Cas can endorse discrimination without flinching,” said ASA in a statement on Wednesday.

“For Cas does not only condone discrimination but also goes to lengths to justify it, only undermines the integrity that this body is entrusted with.

“We are deeply disappointed and profoundly shocked.”

Semenya is still eligible to compete at the Diamond League meet in Doha on Friday and can make an appeal against the Cas ruling to the Swiss Tribunal Courts within the next 30 days.

ASA said it was “encouraged to take the matter further” because of some of the observations raised by Cas in the ruling.

“ASA was confident of a favourable outcome given the human rights, medico-legal and scientific arguments and evidence that we believe invalidated the regulations,” it added.

“It is these facts that have left ASA shocked that Cas rejected these compelling factors in favour of the IAAF.

“ASA reiterates that this may not be the end of the matter.”

What are the proposed changes?

The rules, applying to women in track events from 400m up to the mile, require athletes to keep their testosterone levels below a prescribed amount “for at least six months prior to competing”.

However, 100m, 200m and 100m hurdles are exempt, as are races longer than one mile and field events.

Female athletes affected must take medication for six months before they can compete, and then maintain a lower testosterone level.

The rules were intended to be brought in on 1 November 2018, but the legal challenge from Semenya and Athletics South Africa caused that to be delayed until 26 March.