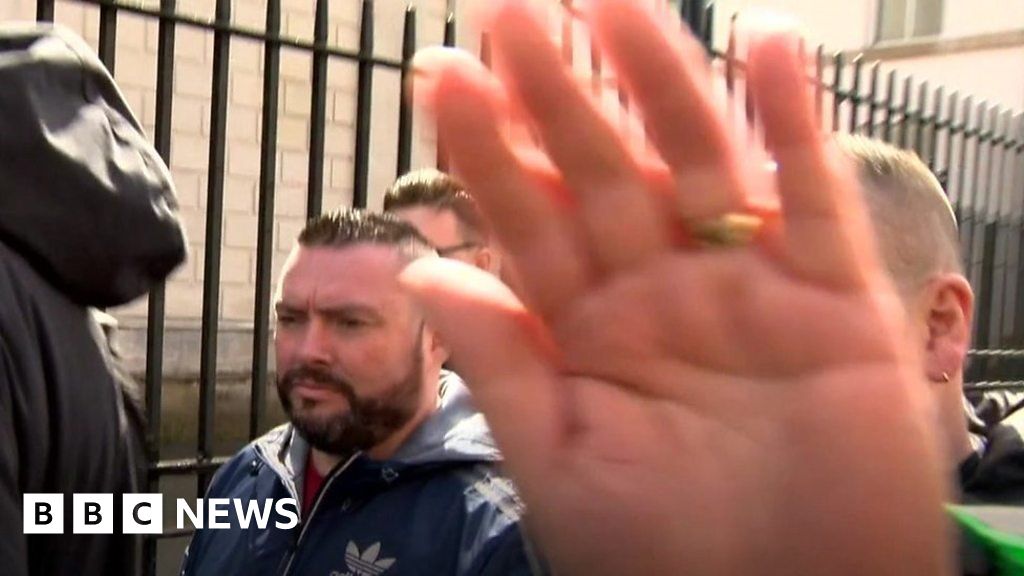 Police say the group known as ‘Saoradh’ are the political voice of the New IRA.

They’ve been the focus of a backlash in Northern Ireland following Lyra McKee’s death.

They say they played no role in her death.

The BBC’s Emma Vardy tried to ask questions of Thomas Ashe Mellon, a prominent member of the group.