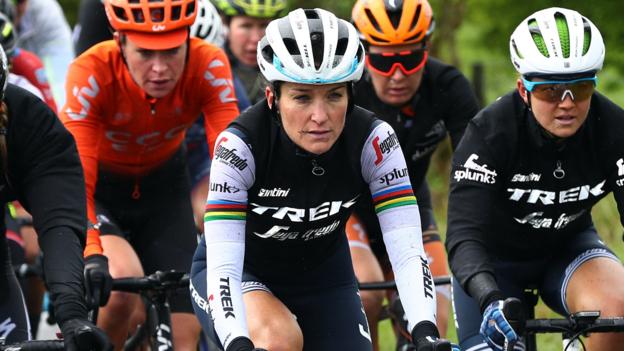 Britain’s Lizzie Deignan finished in the pack in the opening stage of the women’s Tour de Yorkshire as Dutch rider Lorena Wiebes won in Bedale.

Ex-world champion Deignan was racing in Britain for the first time since the birth of her daughter in September.

Wiebes won the sprint finish on the 82-mile first stage from Barnsley, with Christine Majerus second and Alison Jackson third in rainy conditions.

Britain’s Lizzy Banks claimed the Queen of the Mountains jersey.

Banks, who initiated the day’s breakaway, finished ahead of fellow Briton Leah Dixon on the only climb of the stage.

Deignan, 30, came into the race on the back of three iconic one-day races where she finished seventh in last week’s Liege-Bastogne-Liege, 23rd in the Amstel Gold Race and 21st in La Fleche Wallonne.

Friday’s race was the first of two stages, with the second going from Bridlington to Scarborough on Saturday.