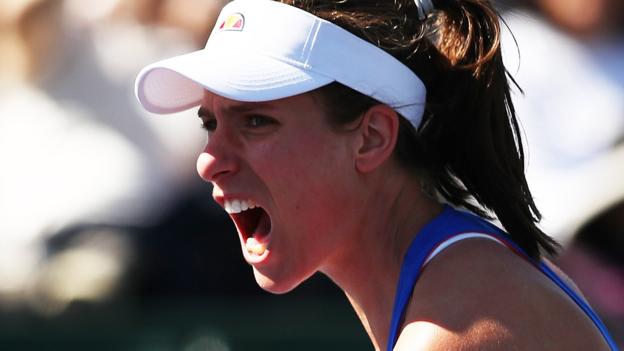 British number one Johanna Konta is through to the first clay-court final of her career after defeating Ajla Tomljanovic in straight sets at the Morocco Open.

She will play Maria Sakkari or Alison Van Uytvanck in Saturday’s final.

The match will mark seventh seed Konta’s first final since June 2018, when she lost to Australia’s Ashleigh Barty in Nottingham.

Konta broke twice to take an early 4-1 lead in the first set, and while the fourth seed Tomljanovic broke back, Konta restored her double-break before serving out the set.

Both players held their serves throughout the second set before Konta wrapped up the win on her second match point in the tie-break.