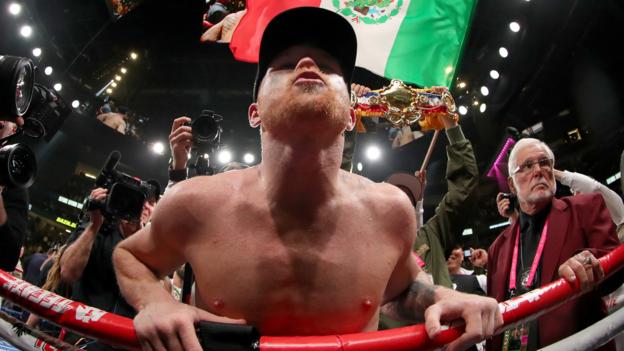 The Mexican – now beaten just once in 55 fights – took Jacobs’ IBF belt to add to his own WBC and WBA titles.

And the scorecard reflected Canelo’s improved defence and counterattacking skills in his return to 160lb.

The 28-year-old became a three-weight world champion when moving up a division to face England’s Rocky Fielding last year, but he returned to middleweight to face New Yorker Jacobs, 32, in what was his second bout of a reported £278m deal with streaming service DAZN.

“Nobody in Mexico has ever done that, won all four belts in one division, so that’s my motivation,” Alvarez said, before the Jacobs fight.

Jacobs – known as the ‘Miracle Man’ after returning to the ring and becoming a champion following cancer – now has three defeats from his 38 fights.