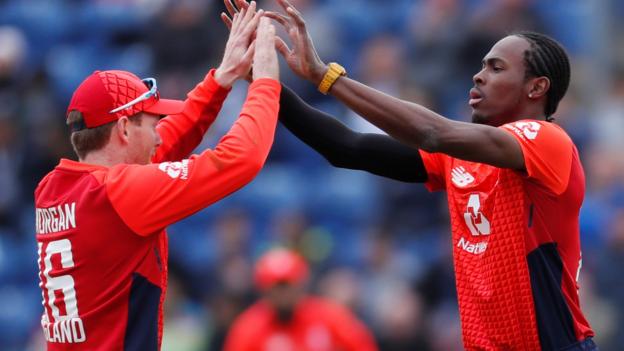 England chased 174 efficiently to beat Pakistan by seven wickets in the Twenty20 international in Cardiff, on a day when Jofra Archer again impressed.

A potentially tricky target was reached with four balls to spare thanks to Eoin Morgan’s 57 not out from only 29 balls.

The captain sealed victory with a six from the second ball of the final over.