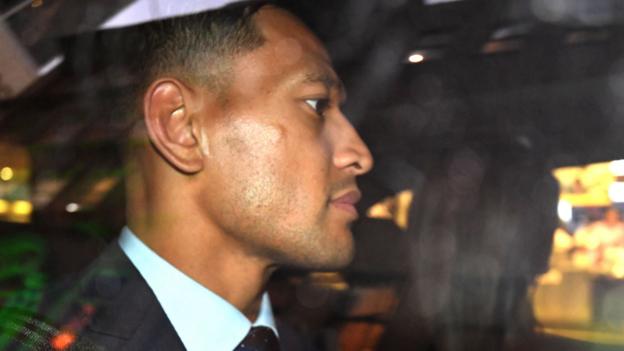 Israel Folau has been found guilty of a “high level breach” of Rugby Australia’s player code of conduct after he said “hell awaits” gay people in a social media post.

A three-person panel who presided over his hearing will now consider what punishment the 30-year-old will face.

His RA contract was terminated in April but he requested a hearing.

The panel will take written submissions from both parties before deciding Folau’s sanction.

Folau – who has won 73 caps and was expected to play at this year’s World Cup in Japan – gave evidence on Saturday, with RA chief executive Raelene Castle and Waratahs chief executive Andrew Hore also appearing before the panel.

Wallabies coach Michael Cheika has said Folau is unlikely to be selected for Australia again.