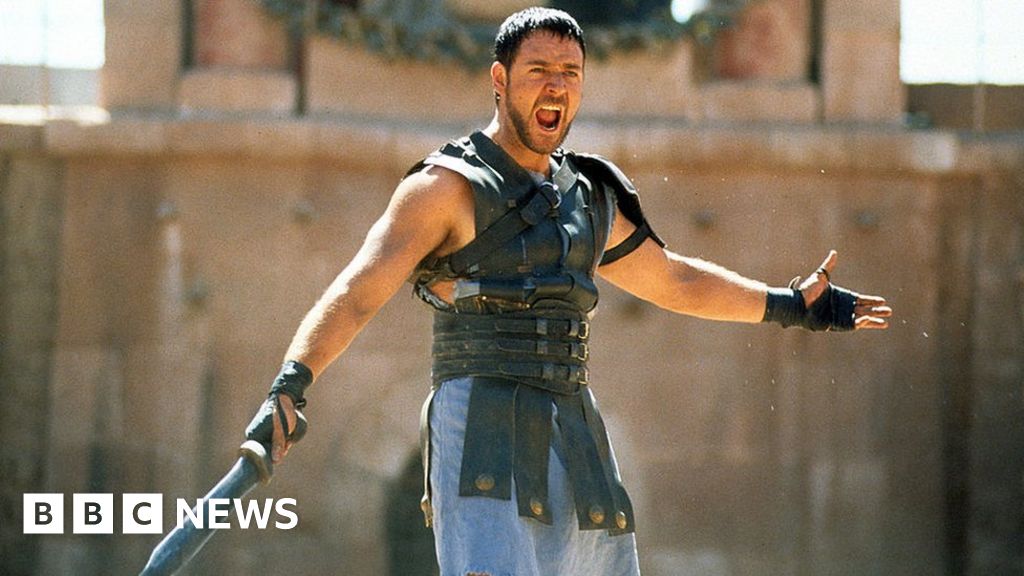 After the bruising Battle of Winterfell, the celebratory banquet scene in this weekend’s Game of Thrones episode made perfect sense.

Choosing to toast the demise of the Night King with an apparent Starbucks coffee, however, certainly did not.

Eagle-eyed viewers spotted a coffee cup on the table in the great hall, as Mother of Dragons Daenerys Targaryen sat, more appropriately, with goblet in hand.

Responding to fevered social media reaction, the show’s producers admitted the error in a good humoured tweet on Sunday night.

While the coffee cup is the most recent high-profile example of a modern item making its way to a different time and place, it is certainly not the first.

During a battle in the Colosseum, a horse-drawn chariot flips over onto its side, revealing a gas cylinder.

A quite remarkable technological feat given that the movie is set in 180AD and stainless steel gas cylinders weren’t invented until the 1800s.

The sight of US actor Mel Gibson playing Scottish independence hero William Wallace raised more than a few eyebrows at the time of the film’s release.

But that was not as surprising as the appearance of a Ford Mondeo in a horseback battle against English invaders.

Producers of the period drama were left red-faced after a modern plastic bottle appeared in a promotional photo for a forthcoming series in 2014.

Perched on a mantelpiece behind Hugh Bonneville and Laura Carmichael, the bottle was spotted by eagle-eyed fans when the image was posted on Instagram.

Plastic bottles were not in wide use in the UK until the 1960s – 36 years after the series of Downton took place.

Although later deleted from Instagram and the ITV press site, the internet never forgets, no matter what the year…

Steven Spielberg might be the visionary behind some of the best-loved films of the last 40 years, but it seems he wouldn’t be much help in a geography test.

Its opening instalment, Raiders of the Lost Ark, set in 1936, sees a plane fly over a map that includes Thailand and Jordan.

But there’s a problem. Thailand was called Siam until 1939, while Jordan was known as Transjordan until 1949.

And Spielberg’s cartography did not improve before 2008’s fourth instalment Kingdom of the Crystal Skull, which shows a plane flying over Belize in 1957, at which time it was still known as British Honduras.

The inclusion of an anachronism in Back to the Future – a film about time travel – feels as head-spinning as it does fitting.

McFly shocks the crowed by playing power chords during a performance of Chuck Berry’s Johnny B Goode. “I guess you guys aren’t ready for that yet,” he tells the bewildered teens. “But your kids are gonna love it.”

Prophetic words, as the guitar McFly is using is an Gibson ES-345, which was not introduced until 1958.

Famed for its historical accuracy, Matthew Wiener’s long-running US advertising drama Mad Men did not quite manage to maintain a spotless record.

News anchor-turned-TV sleuth Brian Williams used his NBC blog to point out that its brooding lead Don Draper simply would not have been able to watch a night-time NFL game on TV in 1964.