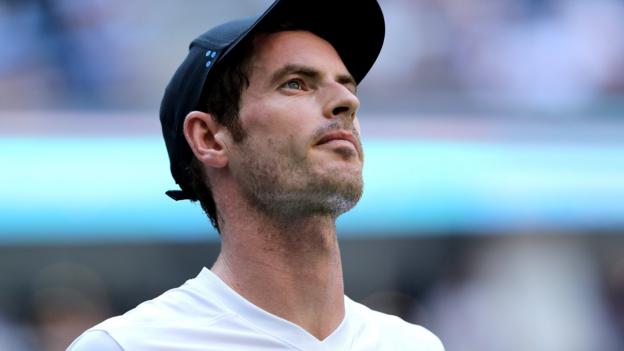 Former British number one Andy Murray has been given a wildcard to play at Queen’s Club next month and will decide “nearer the time” if he will compete.

The three-time Grand Slam champion, 31, had hip surgery in January.

Murray said in March he was pain-free but rated his chances of playing in the Wimbledon singles at “less than 50%” and has not played competitively since.

The Fever-Tree Championships at Queen’s in London will start on Monday, 17 June – two weeks before Wimbledon begins.

A wildcard is being held in reserve for five-time winner Murray, who Queen’s say will let tournament director Stephen Farrow know nearer the time of the event if he is fit enough to take it.

Murray broke down in tears at the Australian Open in January, saying in his pre-tournament news conference that he planned to retire after this year’s Wimbledon because of pain in his hip.

However, he said the first Grand Slam of 2019 could prove to be the last tournament of his career.

After a gutsy first-round five-set defeat by Spain’s Roberto Bautista Agut, Murray appeared to soften his stance by telling the Melbourne crowd he hoped to see them again next year.

In his post-match news conference, he said he was considering the resurfacing operation primarily to improve his quality of life.

Murray had the hip resurfacing operation – which keeps more of the damaged bone than a hip replacement, smoothing the ball down and covering it with a metal cap – in London on 28 January.

American doubles player Bob Bryan had the same surgery last year and returned to action, alongside twin brother Mike, five months later. No tennis player has competed in singles after having the operation.

Should Murray compete, it will be the first time since 2006 that Britain has had three direct entrants at Queen’s.

BBC Sport will have live coverage from the west London club across television, radio and online.