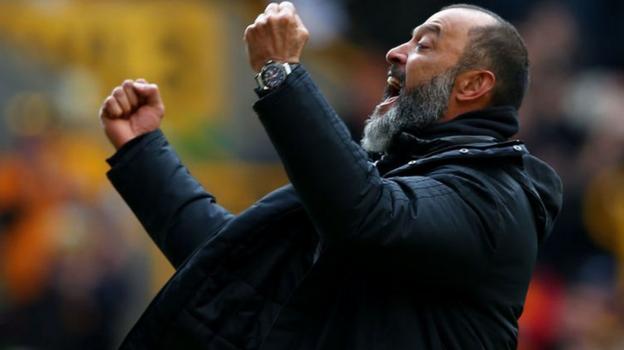 Wolves will play European football next season for the first time since 1980 following Manchester City’s FA Cup victory against Watford at Wembley.

Nuno Espirito Santo’s side finished seventh in the Premier League but would have missed out on the Europa League if Watford had lifted the FA Cup.

Wolves will start their campaign in the second qualifying round.

Manchester United, who finished sixth in the league, will now go straight into the Europa League group stages.

They avoid having to go through the qualifying rounds in July and August, which would have happened had Watford won.

City had already qualified for the Champions League before their FA Cup victory, meaning an extra spot in Europe opened up for another English club.

But Watford, who were hoping to lift a major trophy for the first time, failed to capitalise on that opportunity,

The cup final outcome means United avoid a clash with their pre-season schedule. They are due to face Tottenham at 12:30 BST in Shanghai on the same day as the Europa League second qualifying round begins.

Wolves have featured in just six European campaigns but came runners-up in the Uefa Cup in 1971-72.

Meanwhile, Liverpool who finished runners-up in the Premier League, will take on Manchester City in the Community Shield in August.