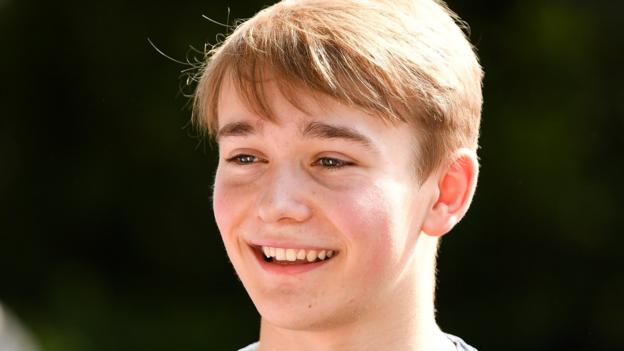 Billy Monger has claimed his first victory since having both his legs amputated after a crash two years ago.

Monger, who is competing in Euroformula Open races, won the Pau Grand Prix.

The Carlin driver – in a specially adapted car – dropped to last after switching to wet-weather tyres, a strategy which paid off as he surged past other drivers in France.

When Motopark duo Julian Hanses and Liam Lawson collided and took each other out, Monger – who had qualified 11th – inherited the lead and held on for victory.

He was seriously injured during a Formula 4 race at Donington Park in April 2017 but returned to racing less than a year after the accident at the British Formula 3 Championship.

Monger and his family had successfully appealed to the sport’s international governing body, the FIA, to change its regulations restricting disabled drivers.

‘Billy Whizz’ became the first disabled driver to race a single-seater car and claimed his maiden British F3 pole position on his return to Donington Park in September 2018.

Monger’s remarkable fortitude saw him recognised with the Helen Rollason Award for courage in the face of adversity at the BBC Sports Personality show in December.

Backstage, the lifetime achievement award winner Billie-Jean King – a tennis icon and equality campaigner – sought out the young racing driver and asked him for a selfie.

“I’m in awe of his tenacity. It was an honour to meet him,” she said.