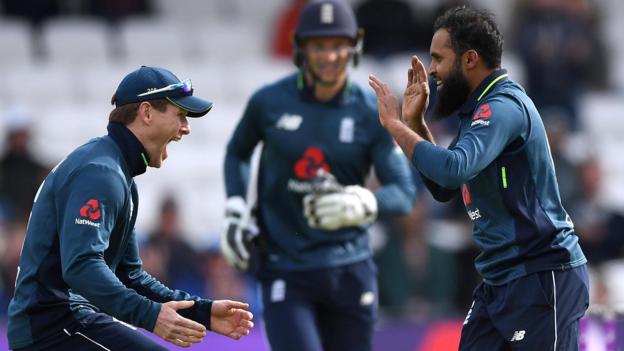 England comfortably defeated Pakistan in their final one-day international before the World Cup to complete a 4-0 series victory.

Joe Root’s 84 and 76 from captain Eoin Morgan helped lift the home side to 351-9, a total that looked like being much higher after a rapid start at Headingley.

Pakistan seemed all but beaten after Chris Woakes’ new-ball burst reduced them to 6-3, only for Babar Azam (80) and Sarfaraz Ahmed (97) to share a partnership of 146.

But Babar was run out by a clever flick from Adil Rashid and Sarfaraz brilliantly run out by Jos Buttler, either side of Rashid’s flying catch to dismiss Shoaib Malik off his bowling.

England will name their World Cup squad on Tuesday, then play warm-up games that do not have ODI status against Australia next Saturday and Afghanistan the following Monday.

They open the tournament against South Africa at The Oval on 30 May.