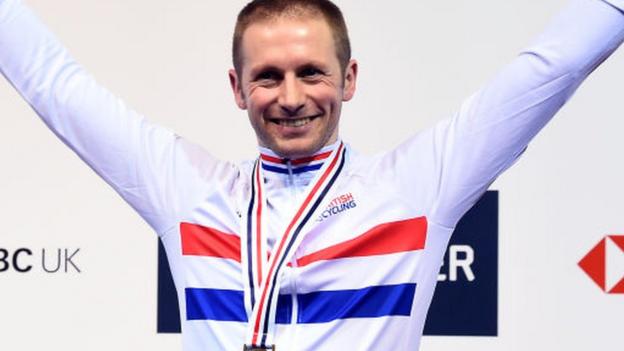 Six-time Olympic cycling champion Jason Kenny has been named among a 101-strong Team GB squad for the European Games.

The event in Minsk, from 21-30 June, will provide direct qualification in archery, shooting and table tennis via quota places for Tokyo 2020.

“The last games in Baku was a special event for me as it was where I secured my place for the Rio Olympics and was an unforgettable moment,” said Hill.

“I feel honoured to represent Team GB and can’t wait to come together with athletes from all different sports in a multi-sport event like this.”

Four years ago, at the inaugural games in Baku, GB claimed 47 medals.

Nekoda Davis, who won a silver medal at the World Judo Championships last year and has also made it into the squad, added: “Multi-sport games are always amazing experiences for athletes, not just in helping us prepare for the Olympics, but also special in how they bring numerous sports together to be part of one team at one event.

“The fact that the games double up as our judo European Championships gives us extra incentive to perform and put a great marker down for the season and our preparations for Tokyo 2020.”

The event will see more than 4,000 athletes from 50 countries competing across 10 days in 200 different medal events.

Team GB have named 93 athletes who will travel to Minsk with a further eight archers to be named following final qualifiers on 26 May.

Archery: TBC (a possible eight athletes will qualify on 26 May)