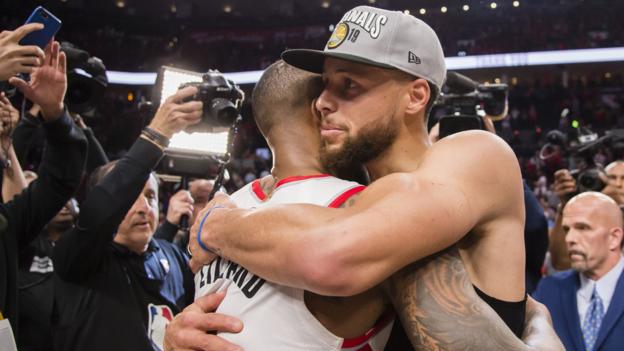 The Golden State Warriors are through to their fifth straight NBA Finals after a 119-117 overtime win over the Portland Trail Blazers.

Stephen Curry and Draymond Green combined to claim the game-clinching score in Portland.

They will face either the Milwaukee Bucks or Toronto Raptors in the Finals.

Golden State join the Boston Celtics (1957-66) as the only team ever to reach at least five consecutive NBA Finals.