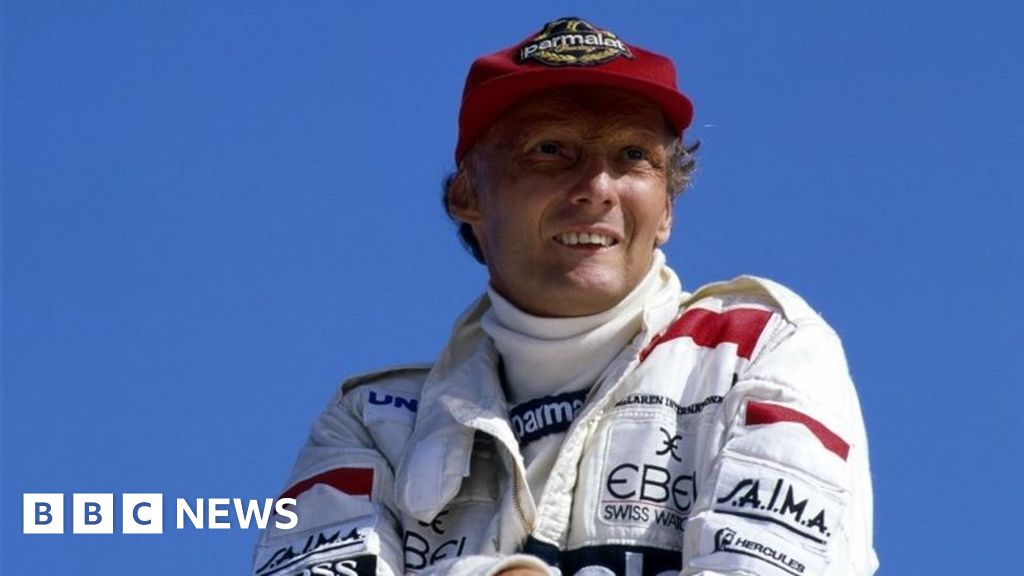 The Austrian driver Niki Lauda, who has died aged 70, will be remembered for winning three Formula 1 titles. But particularly remarkable was the second of them, which came in 1977, a year after he had been badly burned in a crash at Germany’s Nurburgring. At one point he was given the last rites, but he recovered quickly enough to be back racing 40 days after receiving his injuries.

Lauda, whose rivalry with British driver James Hunt was dramatised in the 2013 film Rush, went on to become a successful businessman, including running an airline. He died nine months after undergoing a lung transplant. Lauda’s family called him “a role model and a benchmark for all of us”. Here’s the story of his life.

Brexit: Hammond warns of ‘hijack’ by no deal supporters

Chancellor Philip Hammond will use a speech later today to the CBI business group to warn Conservatives not to allow a “hijacking” by the “populist right” by accepting that a clean break with the EU is the only “truly legitimate Brexit”. The intervention comes ahead of Prime Minister Theresa May discussing her plans with the cabinet, with a vote on her Withdrawal Agreement Bill due in early June.

Brexit Party leader Nigel Farage has said leaving the EU without a deal is the “only way” to deliver the result of the 2016 referendum. But former Deputy Prime Minister Lord Heseltine, a Europhile, has lost the Conservative whip after saying he will vote Liberal Democrat in Thursday’s European elections in protest at his party’s stance.

What might happen next on Brexit? Find out here.

The Christchurch mosque attacker, Brenton Tarrant, has formally been charged with terrorism over the shootings in the New Zealand city on 15 March. He already faces 51 charges of murder and 40 of attempted murder. The Australian is due in court again next month.

Police have launched a crackdown on county lines gangs – criminals from cities who use young people to sell drugs in smaller towns. Between 13 and 20 May 500 men and 86 women were arrested. Officers also recovered cocaine worth £176,780, £312,649 in cash and 46 weapons. It’s estimated about 2,000 county lines gangs operate in the UK. Some are said to be using children as young as 11.

Lynette Parkes’ pregnancy had been plain sailing. The customary scans at 12 and 20 weeks had shown a healthy baby boy. The home she shared with her husband Matt in Hagley, Worcestershire, was prepared for his arrival. The nursery was decorated, the crib ready and waiting for its first little occupant.

But at seven months, Lynette went to hospital after spotting a “pinprick” of blood. The couple expected to be told all was well and sent home again. But instead of the sonographer quickly picking up the heartbeat, there was silence. A scan confirmed their worst fears; their baby had died.

Photographs of Brexit Party leader Nigel Farage splattered with milkshake on a walkabout in Newcastle upon Tyne feature on several front pages. The Daily Express calls the attack an “affront to democracy”, as the i focuses on the Electoral Commission announcing it would be reviewing the funding of the party. Elsewhere, the Daily Mail leads on news that the Prince of Wales will host US President Donald Trump for tea during next month’s state visit. And the Daily Mirror reports on GPs asking to be given more time with patients.

The beauty of ageing

09:30 The 15-man England squad for the Cricket World Cup is announced.

15:30 The House of Lords Communications Committee holds a hearing on public service broadcasting in the age of video on demand.

1950 Two people die when violent storms and a tornado cause massive damage to southern England.

I ran a Backstreet Boys website for superfans (The Atlantic)

A 200km loop around Paris (Economist)