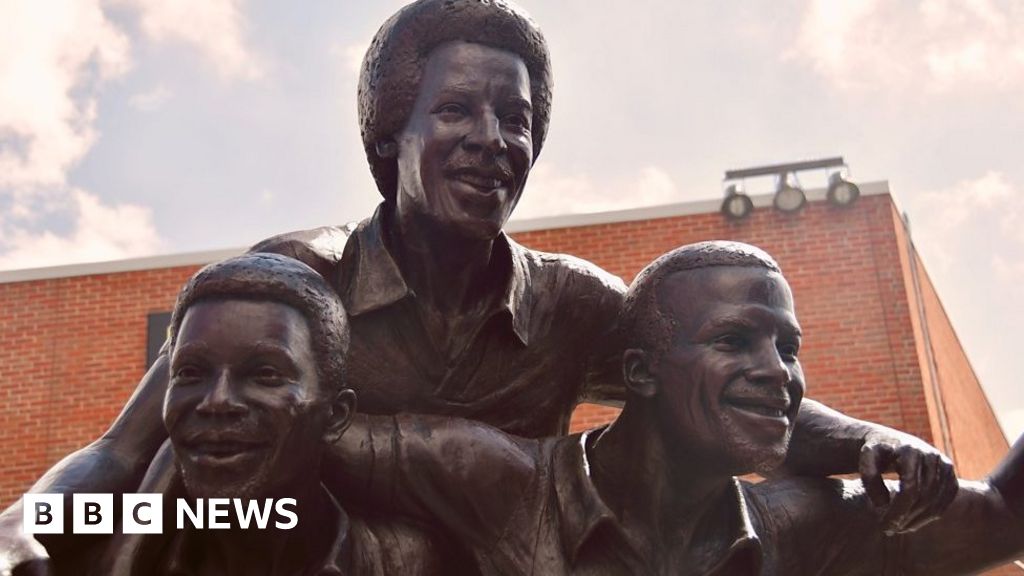 A statue of three footballers who paved the way for black players during a time of terrace racism has been unveiled in the town where they played together.

The sculpture honours Brendon Batson, Laurie Cunningham and Cyrille Regis, who were pioneers in the English game at West Bromwich Albion in the late 1970s and early ’80s.

It stands in West Bromwich town centre, not far from The Hawthorns ground where the trio became heroes to supporters.

Cunningham died in a car crash in Spain in 1989, while Regis died from a heart attack in January last year.

Batson attended the unveiling on Tuesday and said he was “honoured and humbled”, adding the statue symbolised the journey black players had from his era.