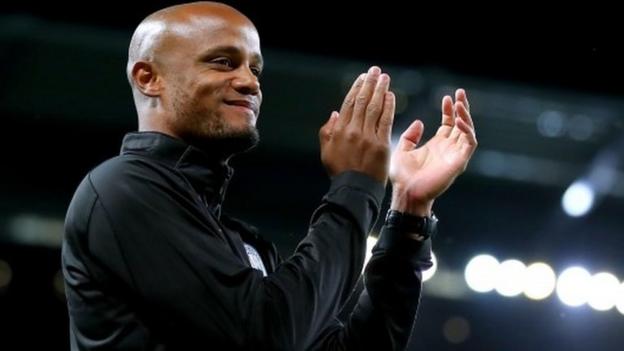 Gary Neville, Ryan Giggs and Ashley Cole were among the stars to play in Vincent Kompany’s testimonial as a Manchester City legends XI drew 2-2 with a Premier League legends side.

The 33-year-old, who joined Anderlecht in the summer, played no part at Etihad Stadium due to a hamstring injury.

Martin Petrov put City ahead from an acute angle but Robbie Keane equalised.

Robin van Persie fired the Premier League side ahead from long range but Benjani’s header gave City a draw.

The money raised from the friendly will go towards Tackle4MCR, a charity Kompany set up with Greater Manchester Mayor Andy Burnham to help with homelessness in the city.

Earlier in the day, City announced they had commissioned a sculpture of Kompany to be built outside the Etihad, while a road within the club’s training ground has been renamed Vincent Kompany Crescent.