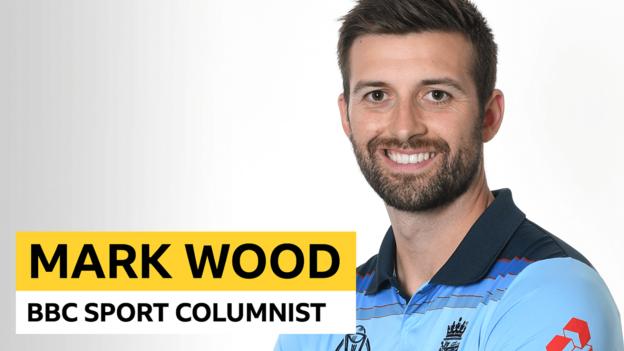 Trevor Bayliss is very uncomplicated. What you see is what you get.

He lives and breathes cricket and analyses every single ball. Some would say he’s quiet, but it’s more the case that he only speaks when it’s necessary and, when he does, it’s worth listening to.

His methods are old school, and that is no bad thing. At international level, coaches can get a bit funky. That is not Trevor.

For example, in a fielding drill, he’s all about a player keeping low and attacking the ball. That is the sort of thing you are taught when you first play the game, but Trev is all about doing the basics well.

He keeps things very, very simple and, when it comes to those fielding drills, I won’t miss his yells of “Get down! Get up! Good throw!”

I didn’t know much about him when he was first appointed other than Paul Farbrace, who was then in caretaker charge and would be Trev’s assistant, saying he was a good bloke.

We went on a training camp to Desert Springs in Spain prior to the 2015 Ashes. On the plane, he wasn’t giving much away, so me and Ben Stokes starting speaking back to him in an Australian accent.

I think he liked it that we were giving him some stick, and he loosened up.

Later on the same trip, after we’d held a quiz night, me and Stokesy pulled a little trick. We pretended to have a row that ended with Stokesy flattening me. Trev was looking around as if to say “what have I inherited here?”

Trev and Stokesy have gone on to develop a relationship of mutual respect. Stokesy has kept up the Aussie accent, while I think Trev loves the way Stokesy plays, never taking a backward step. “Keep your foot on the throat,” as Trev would say.

There is the perception that he doesn’t do much for the team. That couldn’t be further from truth.

When people see him watching the game, they don’t think he’s doing anything, but he’s actually taking it all in, ready to give feedback.

For the bowlers, he’ll know if we’ve bowled the wrong length, not made the batsmen play enough, or given too much width.

During the World Cup final, at the end of the New Zealand innings, I was off the field because I’d torn my side.

We were bowling a lot of slower balls and one of them was hit for four. Trev was shouting “how about a bloody yorker?”

There have been times when I thought he would tear a strip off us, but sometimes he’s just so disappointed that he can’t bring himself to say anything.

The captain would address the group, then ask Trev if he’s got anything to say.

He’ll have his bag packed and on his back, wanting to get out of there, because he’s so annoyed with the way that we’ve played.

The only time that I’ve really seen him irate was after we lost to Scotland in the summer of 2018.

He said he was embarrassed with the way we had played. Almost all of the time with England, we will speak as a collective – we win as a team, we lose as a team.

On that occasion, he singled individuals out and told them what they were doing wasn’t good enough if we wanted to be the best in the world.

There are other times when I’ll think we’ve played well, and he’ll bring us back down to earth.

Again, it’s not through ranting and raving, but by laying out the facts.

After we won the World Cup semi-final against Australia, we were celebrating in the dressing room at Edgbaston.

It refocused our minds pretty quickly.

Then, after we won the final, you could tell he was delighted, but his reaction said so much about him as a person.

We were doing a lap of Lord’s with the trophy, but Trev didn’t want to hold it. He kept saying “you’ve won it, not me”.

We basically had to beg him to pick it up, because we thought he was going to leave it on the outfield and walk past it.

That’s his way. He doesn’t want the limelight.

He is, however, as strong as a bear. One time, on a tour of Australia, we were in the dinner queue and I tried to whip his shorts down.

Next thing, he was on top of me, pinning me down with his elbow in my face. “If you ever do that again…” he said. I learned my lesson.

He’s also got a ferocious Aussie streak in him, especially when he gets the sidearm thrower in his hand in the nets.

I reckon he can hurl it down at above 90mph, and he loves getting it back on players that have been winding him up. The tailenders are trembling before they have to face Trev in the nets, so they are always nice to him beforehand.

There have been times when he’s clenched his fist and said to me “I’d love to give you a whack”. Maybe that’s because I’m one of the louder ones in the dressing room, but me and Trev have always had a strong relationship and he’s been really good for my career.

Before Christmas, I got left out of the one-day team for the tour to Sri Lanka. Trev is very approachable, so I asked him what I had to do to get my place back.

He said he wanted to see “a nasty streak” in me. I was going on tour with the Lions, and he said that I had to prove to everyone that I was the best bowler on that trip, even if that meant upsetting a few people in the nets.

It worked. I went away thinking “I’ll show you, Trev”. The next time I played for England, in a Test against West Indies, I took 5-41.

When you’re with a coach for as long as we have been with Trev, you can grow close and become close mates.

From a personal point of view, I can say that Trev has backed and trusted me when maybe others wouldn’t have, especially when I’ve struggled with injuries.

He is the coach that led us to winning the World Cup. All of the players will miss him. Trevor Bayliss is very uncomplicated. What you see is what you get.