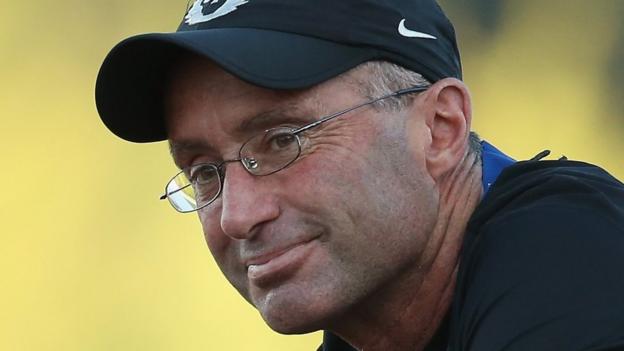 Alberto Salazar – Mo Farah’s former athletics coach – has been banned from the sport for four years after being found guilty of doping violations.

The decision follows a four-year investigation by the US Anti Doping Agency (Usada) and a two-year court battle behind closed doors.

The investigation began after a BBC Panorama programme in 2015.

The programme, a joint investigation with the US website ProPublica, revealed allegations of doping and unethical practices at the US training base in Beaverton, Oregon.

The UK sports governing body UK Athletics conducted its own review into the claims, and gave Briton Farah – also a six-time world champion – the green light to continue working with American Salazar.

Dr Jeffrey Brown, a Nike-paid endocrinologist who treated many of Salazar’s athletes, has also been banned for four years.

The BBC can now reveal that doping charges against Salazar, who was born in Cuba, and Dr Brown were brought by Usada in March 2017. The pair contested the charges, supported by Nike-paid lawyers, and the case went to the American Arbitrators Association. It is expected Usada will make a statement shortly.

Farah announced he was leaving Salazar in October 2017 but denied his decision was to do with the doping claims.

Salazar, Nike, UKA and Salazar have been contacted for comment.