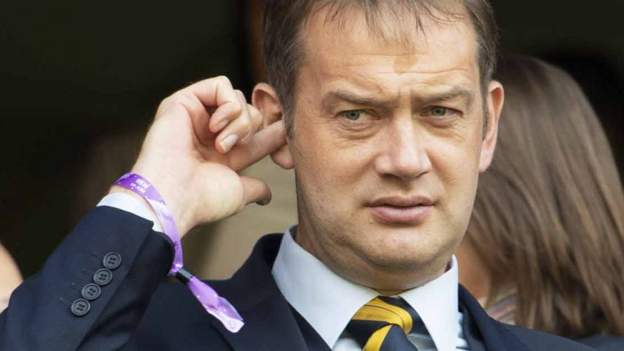 Non-contact outdoor sports are set to be allowed next week in phase one of the Scottish government’s restrictions easing, with football in phase two.

National clinical director Professor Jason Leitch warned there are “no guarantees” that will be in mid-June as predicted but Maxwell said playing in August is “definitely achievable”.

“We’re seeing it in countries across Europe, whether they’re finishing league programmes or starting new ones.

“We have to make sure that we’re giving the government comfort and that we can do it in a manner that keeps everyone involved in the game safe.”

Speaking to BBC Scotland, Maxwell echoed the initial suggestion that players would need “touching six weeks” to be ready to play.

And, with that in mind, the SPFL is to ask the Scottish government if football clubs can resume training from 10 June.

“We’re working through a three-stage plan,” Maxwell said. “It will start with a return to training, then it will move on to a return to matches, then obviously on to spectators being allowed back in to stadiums at some point.”

It had been estimated that 18 June would be when phase two kicks in and players are allowed to return to training, but that depends on strict criteria being met.

“There are no dates attached to phases two and three,” Professor Leitch said. “They may be be three weeks apart if everything goes well, but they might be six weeks apart, or it might be five-and-a-half weeks.

However, Professor Leitch told BBC Scotland’s Off the Ball that matches could be played behind closed doors in phase three and that the country’s major sports will be able to begin preparing for that.

“We’ve been in conversation with each of them – in particular rugby and football,” he said. “They have five or six-step plans and we would expect that process to begin in phase two.

“That’s when you would begin to think about – in phase three – could you have an event behind closed doors or with a small, socially-distant crowd? We’ll have to answer those questions as and when we reach those moments.”